Perched at the confluence of the borders of Kazakhstan, Russia and Mongolia and the northernmost tip of China’s Xinjiang Uygur Autonomous Region, Kanas Nature Reserve covers a massive land mass of 10,000 square kilometres. Nestled within is Hemu Village, dubbed one of the six most beautiful in China for its magnificent taiga backdrop and rustic Tuwa-minority log cabins. Tall birch and pine trees protectively ring the village, whose lifeline is a fast-flowing jade green river of the same name. 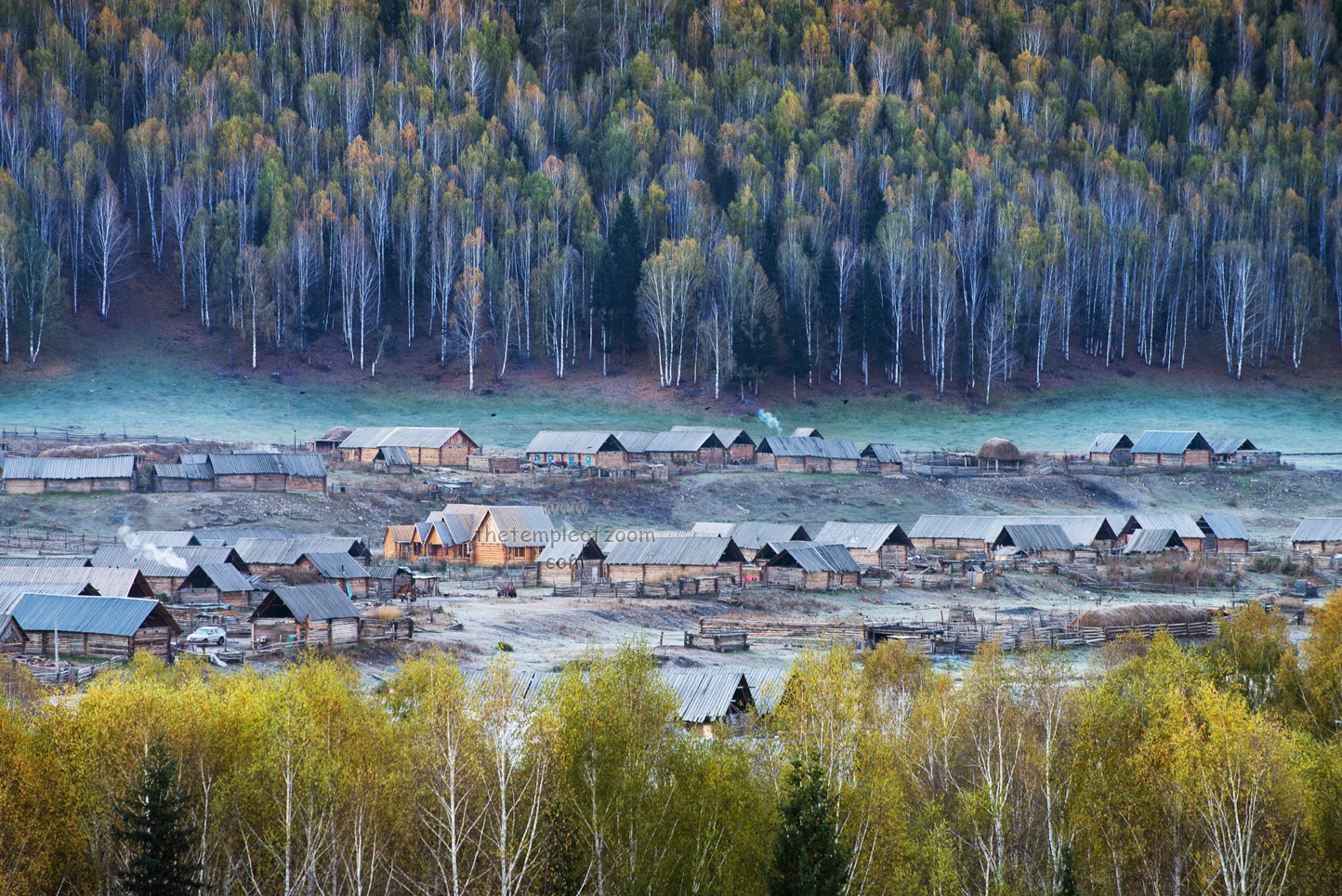 Like most tourists, I made the pilgrimage here to view (and photograph) the famed autumn foliage. September and October are peak season in this land of brutal winters and short summers – what income to be made from tourism is made during these few short months, before the village shuts down for the winter and people literally move to greener (and warmer) pastures.

Getting in to Hemu is quite straightforward nowadays. Where once there were only horse trails (still used by backpackers coming in on horseback or on foot), there is now a paved road in. Only, when we visited last year, there was major roadwork being done, rendering large sections of the road virtually impassable.

Remembering that Hemu’s inhabitants rely on these few golden months to earn their keep for the year, the natural consequence of road closure to outsiders was a huge row between road crew and villagers. Disaster! The hours stretched until nightfall, as we snacked on biscuits and took turns furtively relieving ourselves behind the van. The road supervisor and our innkeeper’s brother were summoned, and negotiations ensued.

We were finally allowed to pass around midnight, in what can only be described as a cloak and dagger operation. No one from the village could know we were allowed to pass (it would set a precedent), so we were not permitted to switch on headlights. Combining pitch blackness with a torn-up road, it was a very bumpy, nervous ride indeed. The driver and co-driver (a Han Chinese and his Kazakh friend, who both sounded like they were speaking Kazakh when they were actually speaking Chinese) ended up at times placing large stones in deep ruts or pushing the van through rough patches. After what seemed like an eternity, we finally got to a clearing and were told to remove all our belongings. We were ditching the van just outside the village and taking local transport in.

We arrived at the inn at 2am. It was bitterly cold, and I had never been happier to see a huge pot of boiling noodles in the hearth. Slurping my third bowl, we learned that the innkeeper had already rented out some rooms designated for our party, despite numerous calls to the innkeeper assuring him we were coming and his brother (!) coming out to meet us. I shared a Spartan triple with a mother-daughter couple and crashed with most of my layers on.

We woke up at 7am the following morning for the ‘money’ shot, which is sunrise overlooking Hemu village from a nearby hill. To my surprise, there were many people onsite already (mostly domestic tourists). 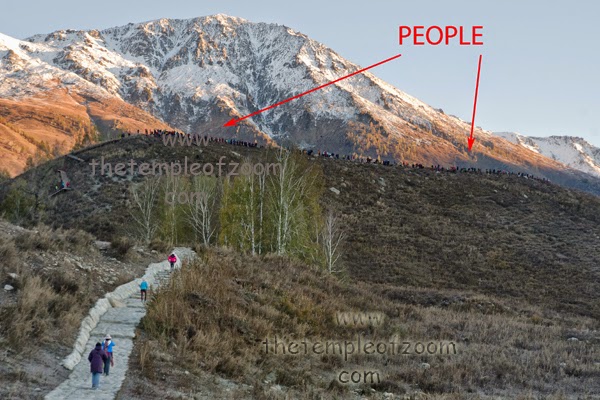 Given the vehicle ban, all these people must have arrived on foot or on horseback! And for those who doubt the rise of the affluent Chinese middle class, there was no shortage of Nikons, Canons and Gitzos on parade.

With all the hype, my expectations of the Hemu scenic shot were probably overdone. Years ago, when this was still a well-kept secret, copious smoke from the chimneys of working homes, combined with the vibrant greens and yellows of the turning leaves shrouded in morning mist made for a breathtaking vista. Now, the very smoke that wafted the village to fame is being extinguished by the prosperity that it wrought, in the form of modern piped gas stoves.

Feeling a little disappointed, I decided to look for other subjects to shoot on the hillock. Lo and behold, to my left appeared a wedding photo entourage! In a local interpretation of  'The Sound of Music', or something equally Alpsy, the bridal couple were made to pose carefreely in front of some snow mountains, carrying a basket of sunflowers! 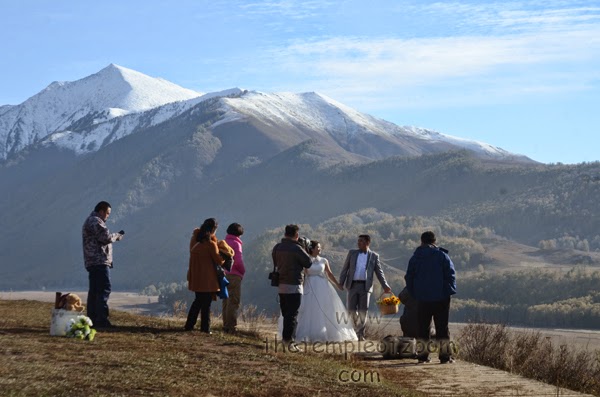 Their purposeful smiles, intended to depict summer cheer, looked somewhat pursed and desperate to me. Indeed, they looked much (genuinely) happier after they put on their winter jackets (the smart bride had on long johns under her skirts). 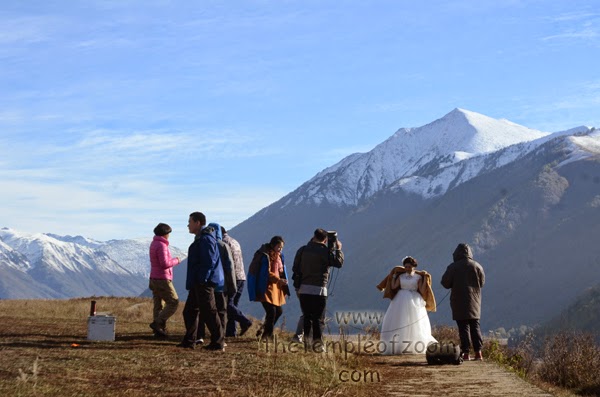 We hung out after most of the other photographers left. Someone from the village came to pick up the substantial amount of trash left by the departees, trash bag and fork in hand. Clearly, this unfortunate side effect of tourism had created at least one municipal job for Hemu, and reminded me that keeping the environment pristine (as expected of this place) entailed lots of hard work.

Back at the inn, I was brought firmly back down to Earth by the very worldly problems we faced. The night before, there had been no time to take stock of just how unstocked our room was. Now, I noted that we did not have hot running water, a flushing toilet (squat style), toilet paper, towels of any sort or toiletries.

And lest I give in to self-pity, I found out that our room was the best one of the lot, because we were sandwiched between other rooms (and thus not as frigid) and had a stove (stone-cold when we arrived, but that was beside the point). The others (who were piled into a corner room) had not been able to sleep a wink due to the chill.

It turns out, nevertheless, that such rooms are much sought after in high season, and can rent for as much as RMB800 a night. Indeed, many brightly-coloured tents pitched on the grounds of other inns around town were testament to the overflow. As an excuse for the scanty amenities, our innkeeper claimed that domestic backpackers rain down on the accommodation and take everything in sight, including house slippers, hangers, electrical extensions and even bathroom mirrors!

We went to the local grocery store, where someone was slaughtering a sheep and selling it piecemeal.

No doubt, at RMB48 a bowl, some people might consider the Hemu high-season noodle soup (noodles with one or two thin slivers of meat) to be a trifle expensive and cook their own. We bought our necessities, mixed hot water from large flasks with the freezing cold tap and wiped ourselves down. I was strangely very pleased at having accomplished this rudimentary task.

These basic living conditions may invite comparison with those experienced in my worst trip ever to Ethiopia. I maintain there is one crucial difference that makes all the difference, and that is whether there is a (photographic) point to the suffering (see Victor Frankl section).

After my ‘bath’, I took a walk around town. It was, and remains, one of the most beautiful days in memory. Snow-capped mountains stretched in every direction, seemingly close enough to touch and yet always so far away, and truly a reminder of the insignificance of humans within the vastness and immensity of nature. 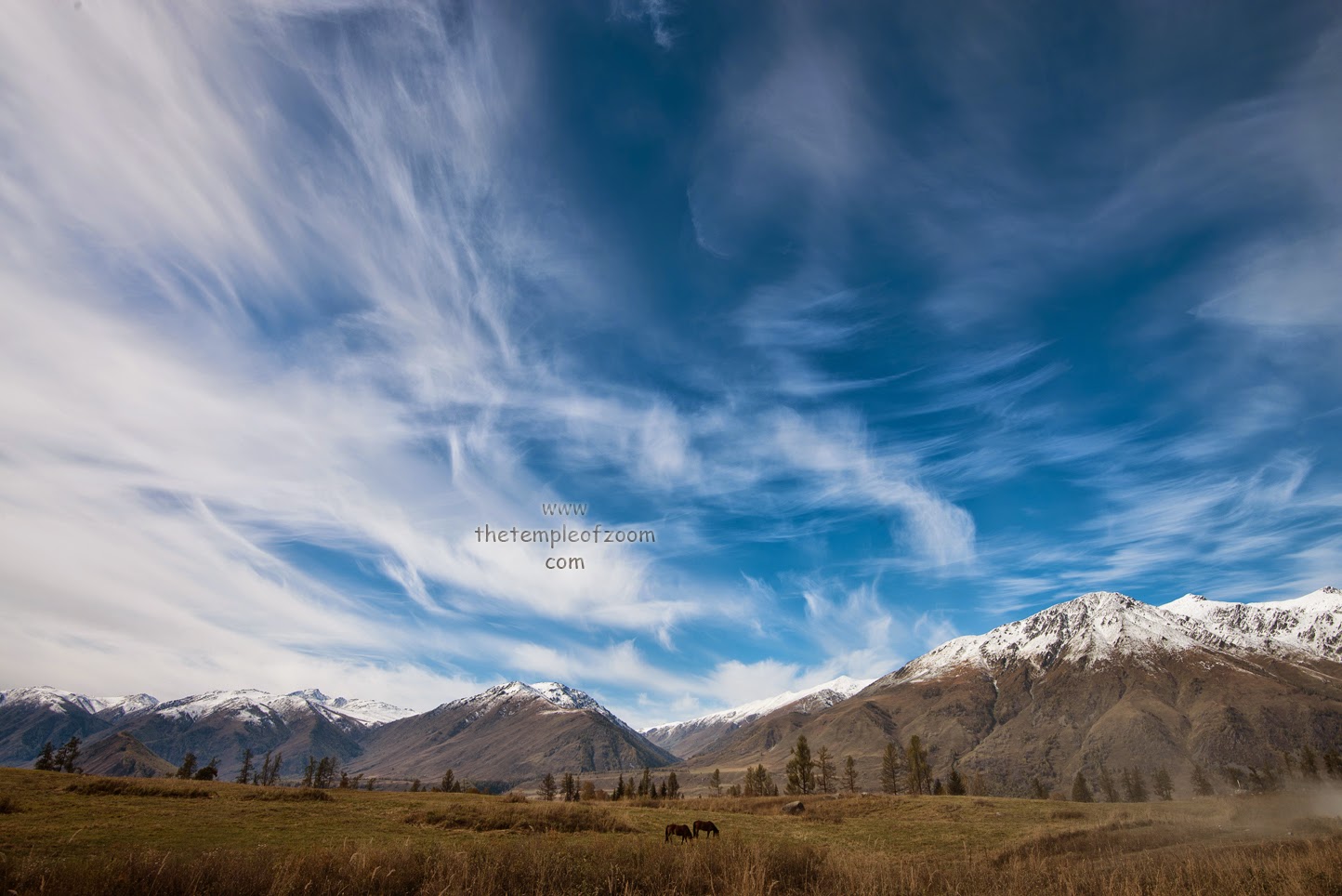 Just outside of town, we caught some horses in flight - icing on the cake! 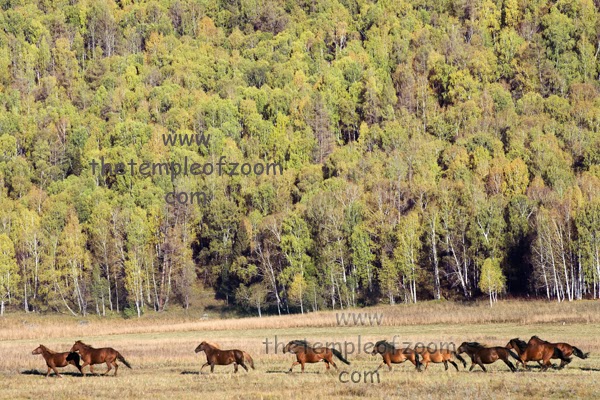 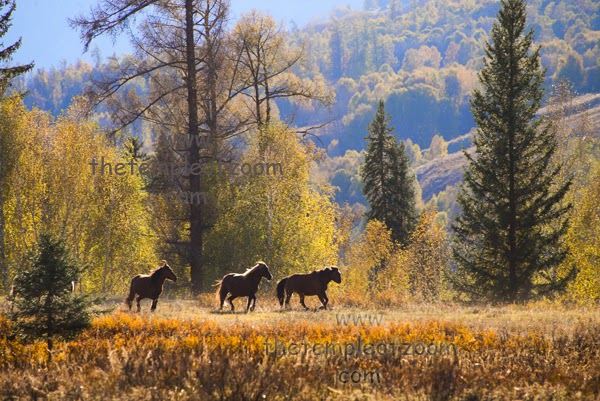 Clouds of pure white painted the canvas of a cerulean blue sky, only they were not your standard cotton-puff variety, sporting instead bold lines, dramatic squiggles and elegant wisps reminiscent of the greatest of Chinese calligraphers. Perhaps this was their inspiration? 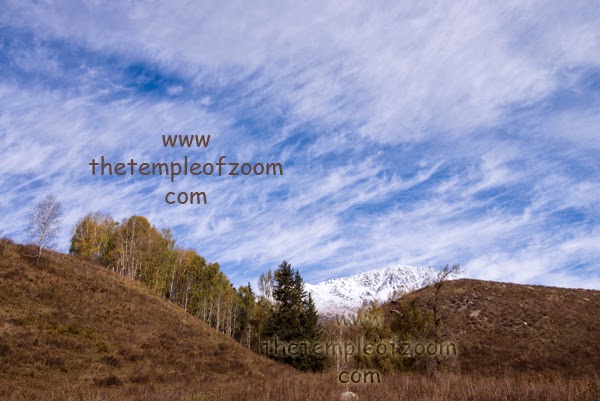 And who can forget the air…apart from the occasional stiff whiff of animal droppings, it deserved to be bottled and sold like Evian.


Naturally, tourism is the desire to mass-market a rare, special and previously unattainable experience. Paradoxically, though, the seeds of self-destruction are sowed in the making. When one day my spartan inn gets converted into a ‘rustic’ 5-star log cabin, replete with hi-speed internet, satellite TV and 400 thread-count linens, there will hence only be two ways to see smoking chimneys in a photograph - a ‘smoking’ (no pun intended) performance arranged for tourists at various scheduled intervals, or by way of Photoshop.
Posted by The Temple of Zoom at 11:04 pm